When performing an infrared inspection, obtaining quality data relies on the use of proper equipment, thermographer training and knowledge of the system being inspected.

In order to increase the accuracy of thermographic inspections of steam traps, contact ultrasonic testing should be used as well as infrared imaging. Contact ultrasonics are much more sensitive to trap failures than temperature measurement alone.

Proper planning prevents poor performance. This frequently repeated phrase has been applied to many disciplines and has application in thermography as well.

When working in a new facility or plant area for the first time, you may encounter safety rules that are new or different. It is always a good idea to review safety requirements with the project manager prior to project start to ensure that you are prepared. 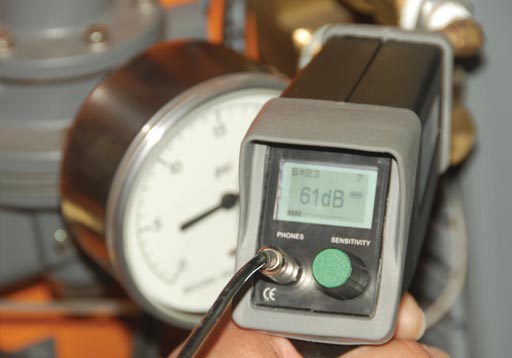 The following accessories are typically used with the Ultraprobe® 3000. 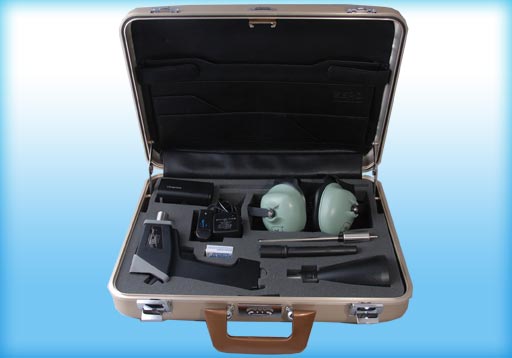 Complete with everything you need for digital route inspection, the Ultraprobe® 3000 LRM kit includes:

* Single application kits are available upon request. Please contact us.

For more information on our single application kit for the Ultraprobe® 3000, please contact us. 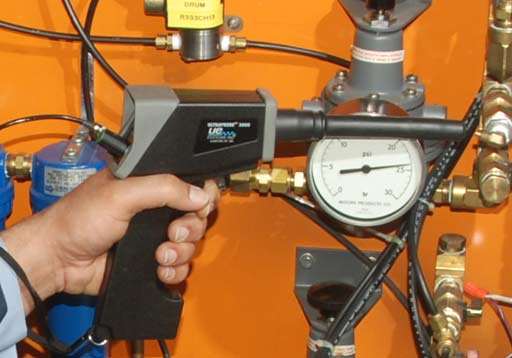 Ultraprobe 3000 Specifications are as follows:

UE Systems is committed to continual product improvement; therefore the Ultraprobe 3000 specifications are subject to change without notice. Warranty details are available by request. 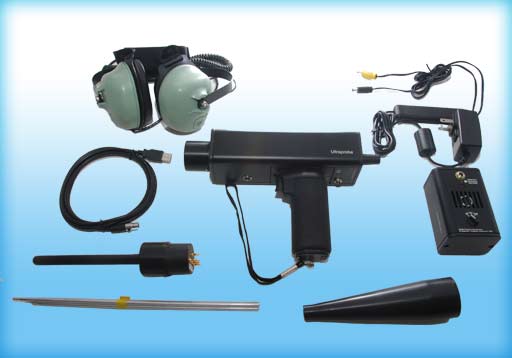 Complete with everything you will ever need for ultrasonic digital inspection, our kit includes:

This heavy duty headset is designed to block out intense sounds (over 23 dB of noise attenuation) often found in industrial environments so that the user may easily hear the sounds received by the ULTRAPROBE 9000.

The Warble Tone Generator is used to provide a sensitivity validation (Calibration) test. It is also used as an ultrasonic transmitter designed to flood an area with ultrasound as part of a leak test. When placed in an empty container, it will flood that area with an intense ultrasound that will flow through a leak hole.

The Rubber Focusing Probe is a cone shaped rubber shield. It is used to block out stray ultrasound and to assist in narrowing the field of reception of the “Trisonic” Scanning Module.

This is the standard battery charger for the Ultraprobe 9000 with a line input of 120 Volts AC @ 60 Hz. The charging time is about 8 hours. (For countries with 220 Volts @ 50 Hz, the BCH-92 is considered a standard accessory)

This is the standard battery charger for all Warble Tone Generators that are used with the Ultraprobe 9000. The line input is 120 Volts AC @ 60 Hz and the charging time is about 8 hours. (For countries with 220 Volts @ 60 Hz, the BCH-WTG2 is considered a standard accessory)

This module receives air-borne ultrasounds such as those emitted by pressure/vacuum leaks and electrical discharges. The Trisonic Scanning Module has a phased array of three piezoelectric transducers which focuses the ultrasound on one “hot spot” for directionality and effectively intensifies the signal so that minute ultrasonic emissions can be detected.

This module has a metal rod that acts as a “waveguide”. It is sensitive to ultrasound that is generated internally such as within a pipe, bearing housing or steam trap. Once stimulated by ultrasound, it transfers the signal to a piezoelectric transducer located directly in the module housing. It is “module shielded” to provide protection from stray RF waves that have a tendency to effect electronic receiving and measurement. It is equipped with low noise amplification to allow for a clear, intelligible signal.

This consists of three metal rods that will enable a user to reach up to 31 additional inches (78.7 cm) with the Stethoscope Probe. 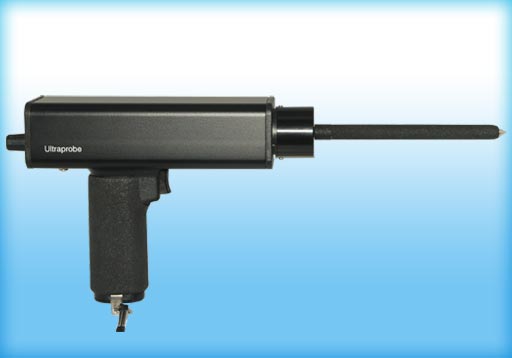 The following accessories are typically used with the Ultraprobe® 9000.